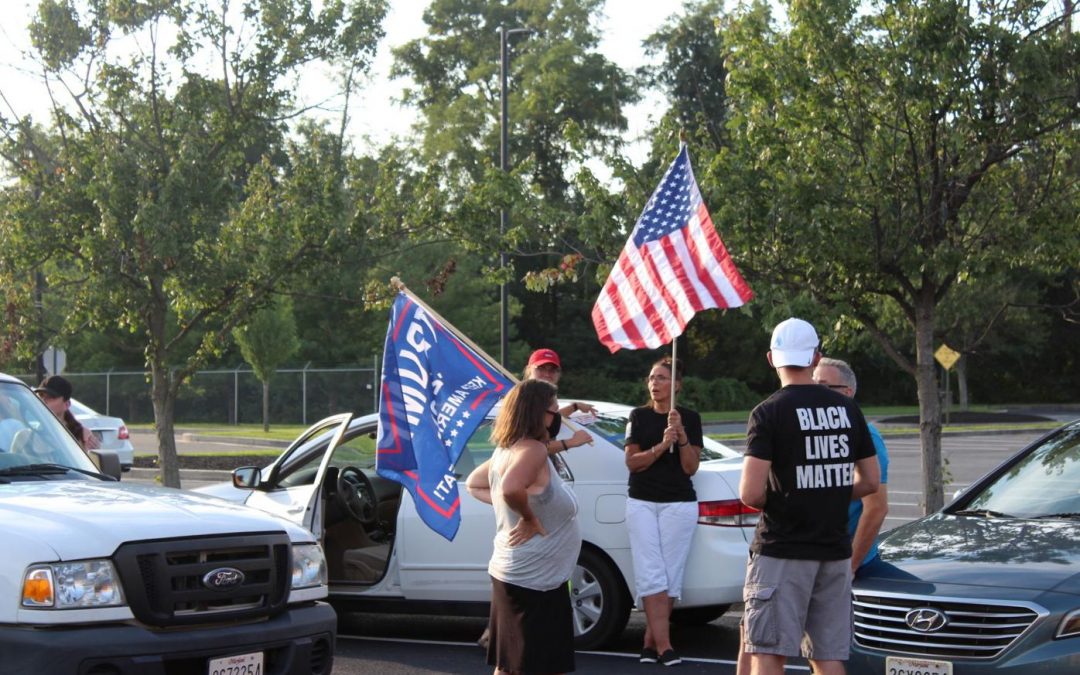 ELKTON — Grassroots progressive group Cecil Solidarity held a march and rally along Main Street calling for an end to racism and police brutality in Cecil County and around the country while a small group of counter-protestors gathered waving American and Trump 2020 flags.

The group is seeking a voice in the selection of Elkton’s next Chief of Police following the recent retirement of Chief Matt Donnelly. They have pushed for some reforms of Elkton Police Department policy, such as banning the use of chokeholds, in the wake of the deaths of Breonna Taylor, George Floyd, Jacob Blake and other Black Americans at the hands of police.