Group calls for removal of officer 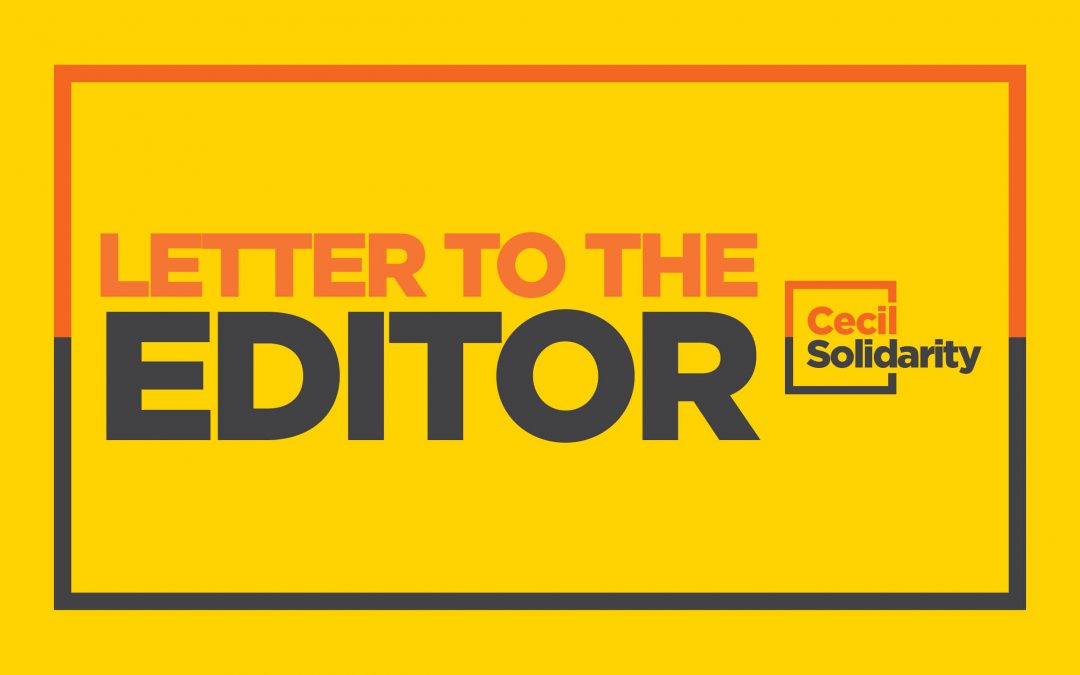 The Baltimore Sun recently published an article detailing significant concerns about the policing practices of Rising Sun Police officer Daniel Stickney, Jr. His past behavior reportedly includes accusations of excessive force and involvement in a shooting. There are many other community members who have also described negative interactions with this particular officer. While we are aware that you are not able to make a public comment about this matter due to legal action, this officer continuing to be on the force and actively policing the Rising Sun community is unacceptable given the seriousness of the allegations.

Not long ago, we watched as you participated in a Unity Walk with members of our community to show your solidarity with all citizens of our county. Your presence at this event demonstrated that you support ensuring the safety and wellbeing of both our law enforcement officers and the community at large. Continuing to allow an officer with credible allegations of excessive force is in no way consistent with your pledge for unity between our upstanding police officers and everyone that lives in our community.

His continued presence on the force sends a message that your priorities are not wholly focused on the safety and well-being of those you serve. It continues the narrative that “bad cops” are allowed to remain on the streets and hampers the ability of other police officers to build trusting relationships with those they are charged to protect. It can lead to those that live, work, and play in Rising Sun to be nervous interacting with the Rising Sun police department due to concern about whether the interaction they have with your law enforcement officers will be safe.

We are calling on you to now stay true to the mission of unity between law enforcement officers and the community by removing Officer Daniel Stickney, Jr. from our streets.