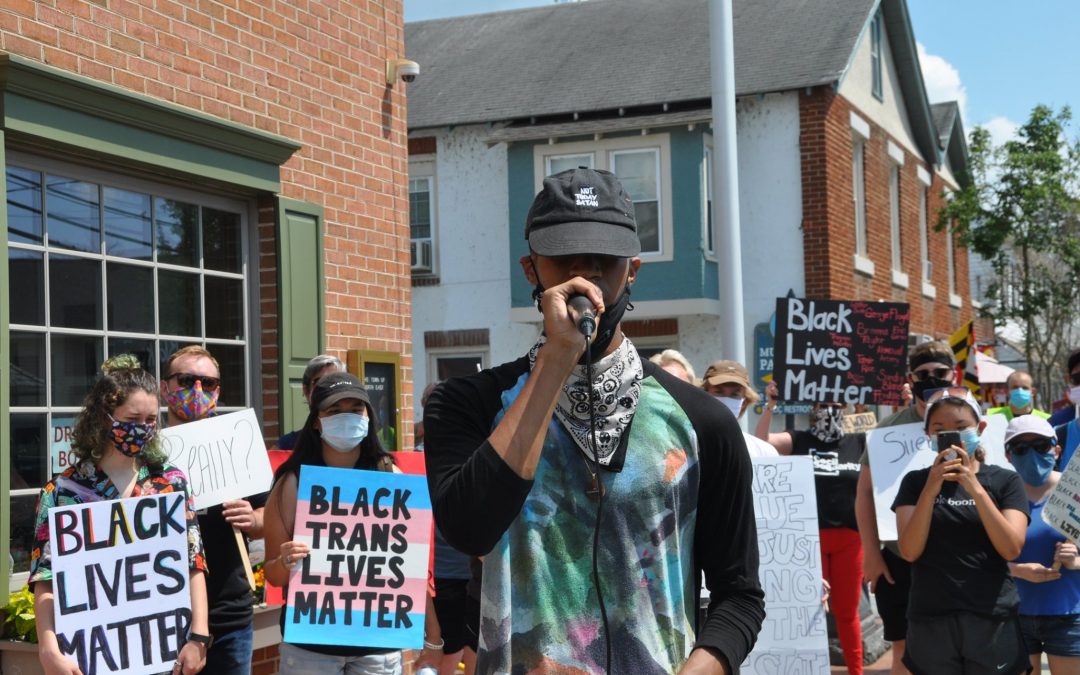 The march began at the North East Library located on Cecil Avenue with some 40 to 50 protesters and proceeded up Main Street to the front of North East Town Hall located on Main Street. During the march, members of the group sand in unison the phrase, ?Hey, hey, ho, ho, the status quo has got to go.?