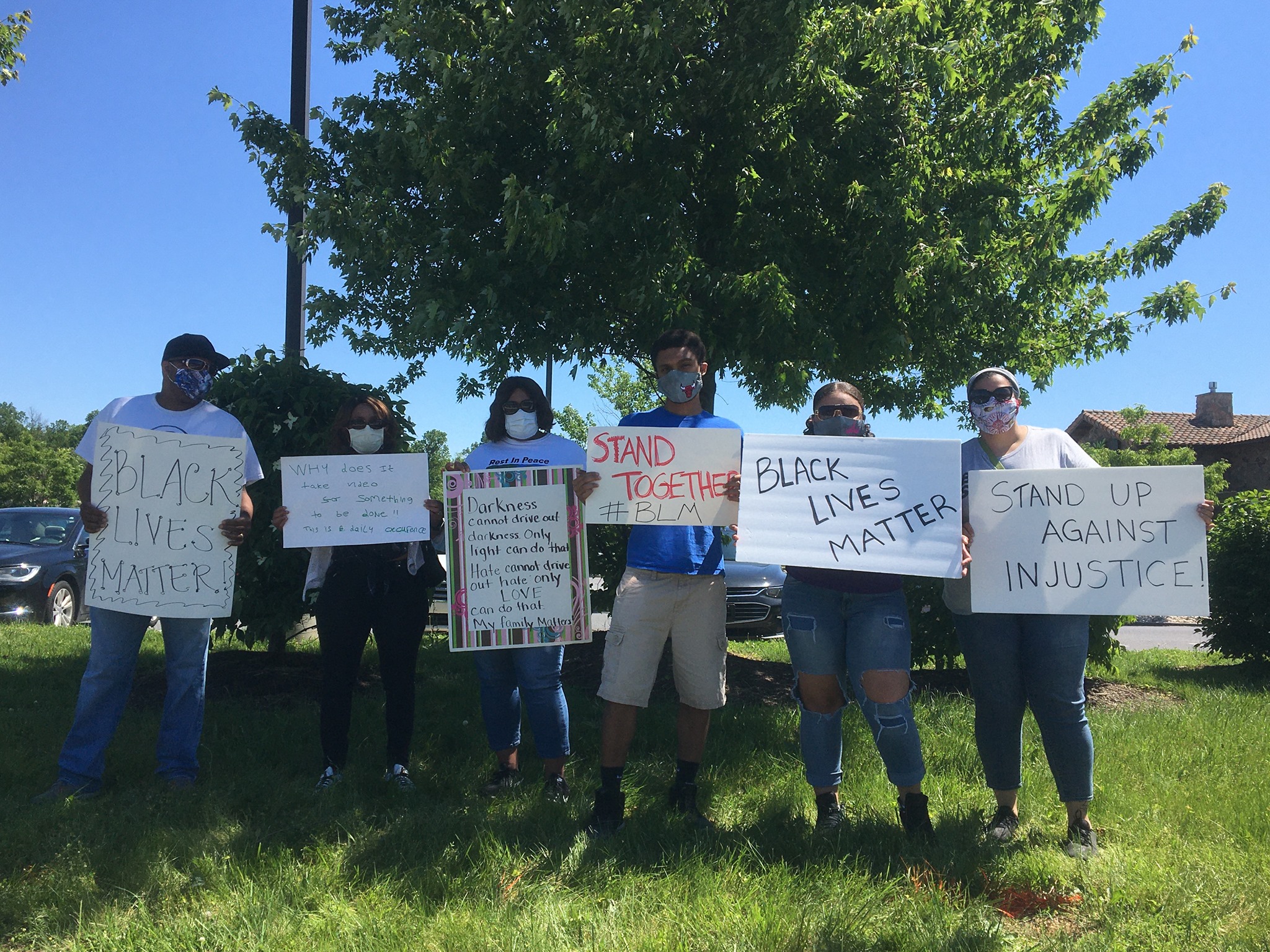 ELKTON — In masks, protesters lined Pulaski Highway Saturday to stand behind Black Lives Matter; fed up with black men being killed by police.

May 25, George Floyd, a 46-year-old black man, died while detained by Minneapolis police after being accused of buying cigarettes with a counterfeit $20 bill. Officer Derek Chauvin, now charged with third-degree murder, was videotaped kneeling on Floyd’s neck as he lay on the street face down for more than 8 minutes. Reports say he was unresponsive for three of those minutes. Chauvin is seen with officers Thomas Lane, J. Alexander Kueng and Tou Thao — all four have since been fired.

Read more at The Cecil Whig.